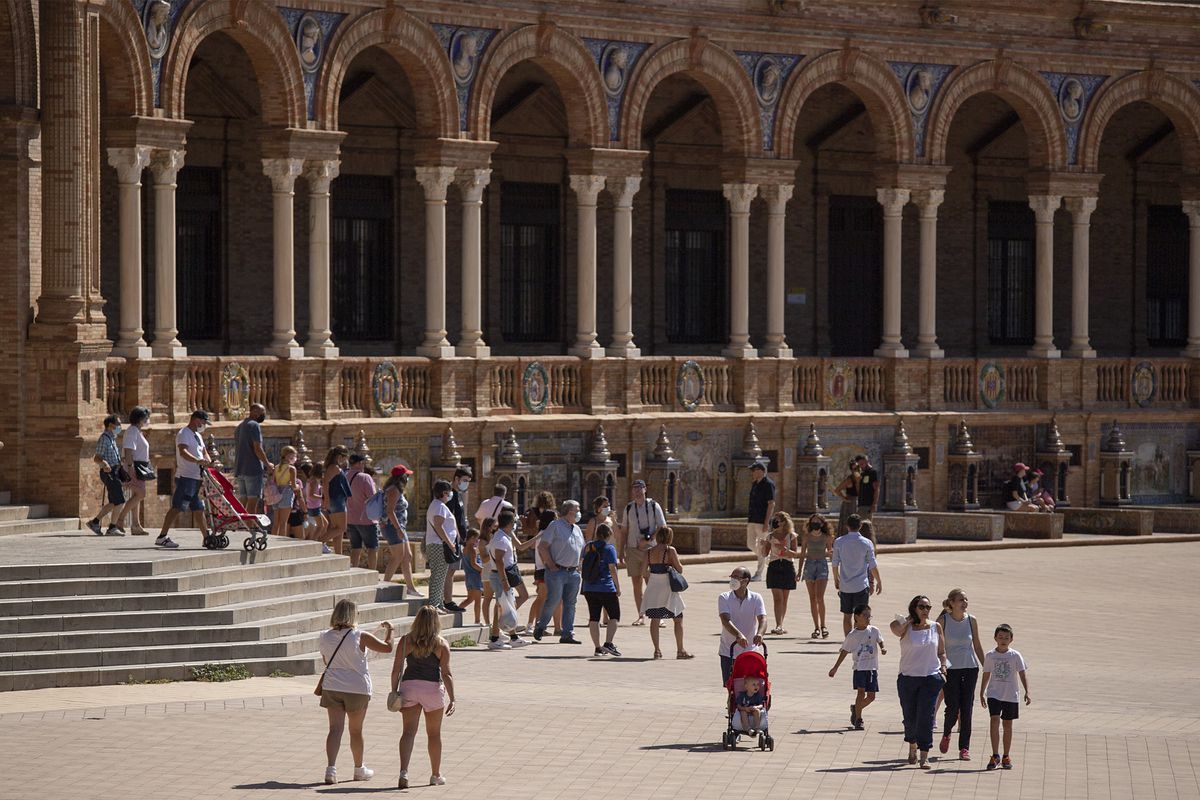 Spain’s regional governments and tourism industry are choosing to make this summer’s tourist season as long as possible. The goal is to continue to attract visitors until at least November, in order to recover some of the losses caused by the coronavirus pandemic. Catalonia, Andalusia, the Canary Islands, Valencia and the Balearic Islands use vouchers, international campaigns and sporting or cultural events to achieve this goal. With extra time for the fall season, administrations and businesses alike hope to bridge the gap caused by the absence of foreign visitors, which were down 55.5% in July from pre-pandemic levels.

Andalusia. The southern region was Spain’s main destination this summer, accounting for 45% of national demand and with occupancy levels above 80% in August. The numbers, in some cases above best expectations, have prompted the regional government and cities like Seville, Granada and Cordoba to believe that the inertia of the summer months will continue until October. The region is planning campaigns until Christmas.

The city of Seville has suffered two consecutive years without its famous Easter processions and Feria, events that account for 17% of the region’s GDP. He is however optimistic before the arrival of autumn. “In addition to the thermometer represented by the strong national demand for sun and beach tourism, we are optimistic given the return of international flights and the revitalization of major trade fairs from the fall”, explains Antonio Muñoz, delegate for habitat urban, to culture. and tourism in the city. Seville will host important in-person events such as the Tourism Innovation Summit. But the sector remains cautious, and stresses that the income of the summer is not enough to compensate the cumulative losses of more than 70% of the last season.

Catalonia. The arrival of the fifth wave of Covid-19 in early summer posed challenges for the regional government. “There was a recommendation not to travel to Catalonia, so we created a crisis cabinet in which we approved a special budget of € 500,000 for promotion abroad and an additional € 100,000 for an advertising campaign intended to the domestic market “, explains the director general of tourism, Marta Domènech. Given restrictions on flights from some countries, the region has targeted senior tourists from France, the Netherlands, Germany and Belgium, those who usually visit campsites. According to Domènech, “there are signs that people are still interested in coming in the fall”.

Extending the season will not be easy in family destinations dependent on school holidays, such as the Costa Daurada and the Costa Brava. “But we have to restart the activity to try to seasonally adjust [tourism], especially now that everyone is starting to assume that the Covid will be part of our lives, ”explains Berta Cabré, president of the Federation of Hotel Companies of Tarragona. In this province, they have detected an increase in camping bookings in the coming weeks and they are also promoting tourism related to sporting events and Halloween.

In the city of Barcelona, ​​occupancy in open hotels was around 50%, although 43% of these businesses are currently closed. Xavier Mercé, the city’s tourism manager, says promotions must “take full advantage of the cultural agenda that is starting now and create a bridge between summer and Christmas”.

The Balearic Islands. This region has also spent years trying to attract visitors outside of the peak summer season, and this year has stepped up those efforts. “All of our efforts are aimed at extending the season,” explains Tourism Manager Iago Negueruela. From September, the success or otherwise of international advertising campaigns with airlines will become clear: 2.5 million euros have been invested to guarantee connectivity between the islands and foreign destinations. Another campaign, with the same budget, is about to be finalized, and aims to ensure travel links between the Balearics and the cities of the Iberian Peninsula.

“These two campaigns will ensure connectivity, which is a basic requirement for keeping hotels open,” explains Negueruela. “We have to work in October and November to guarantee more income for people on permanent seasonal contracts in our islands. He adds that the region is looking to promote tourism related to trade fairs, sporting events and culture, and expects it to be “a good fall”.

Valence. Companies in the region are looking to extend the current season as much as possible to compensate for the first five months of the year, which saw very low occupancy. Toni Mayor, president of the Hosbec hotel association, admits that the behavior of the market over the next four months is still unknown.

The association is waiting to see if Spain will be removed from the UK’s Orange Travel List, which currently means visitors returning from the former country to the former must take a coronavirus test before traveling as well as another once at destination. British nationals represent one of the main markets for cities such as Benidorm, among others.

The mayor is also counting on a peak of activity thanks to the vouchers that the regional government provides for travel, and which count on a budget of 16 million euros. These are intended to encourage weekend trips for residents of the region and will be activated again on September 15.

The region is also counting on the return of organized tours for seniors, another area of ​​activity that has been put on hold due to the pandemic.

Luis Martí, director of the Confederation of Tourism Entrepreneurs of Valencia, which represents 40,000 spaces in hotels and hospitality, agrees that the voucher system has stimulated national demand and hopes that the extension of the campaign and promotional activities will attract business and cultural visitors. “We had good levels of occupancy in the summer, but the first five months of the year were a disaster, so we will try to extend the season as long as possible,” explains Martí. Internationally, they are looking for promotional campaigns in markets like Italy, France and the Netherlands.

Based on reports from Eva saiz, Josep Catà, Lucia Bohórquez and Cristina Vázquez.