500 years after the Inquisition, Spain finally has a vibrant kosher wine industry

MADRID (JTA) – Located in the Priorat region of Spain, hidden in the steep hills and lush mountains of the province of Tarragona, 160 km southwest of Barcelona, ​​is the Capçanes cellar vineyard.

The cooperative cellar, founded in 1933, has continued to grow over the decades its reputation for top-of-the-range vintages. And in 1995, he was approached with an unusual request: A Jewish family in Barcelona looking for wine of national origin asked if the winery would be ready to make one of Spain’s first kosher wines in hundreds of years. ‘years.

Jews played an important role in wine production on Spanish speaking lands for centuries – until their expulsion in the Inquisition of 1492. Despite the fact that the country, which has the largest wine region in the world, did tried to cultivate his Jewish community in recent years. decades, local Jews lacked a vibrant selection of locally produced kosher wines for, well, centuries.

But in recent years, a growing number of Jewish and non-Jewish winegrowers have entered the Spanish kosher market, revitalizing the country’s lost kosher wine line, from La Rioja to Catalonia to Ribera del Duero, Castilla-La Mancha and Andalusia.

At the same time, public and private institutions such as the Network of Spanish Jewish Quarters and the Federation of Jewish Communities in Spain launched a “Sephardic vineyards” initiative to encourage the trend.

The decision to say yes in 1995 turned out to be commercially sound for Celler de Capçanes. It now sells its kosher wine worldwide from its base in the province of Tarragona, which many include in lists of the best wine regions in the world.

“There are no Jews in the village, yet the Catholic members of the cooperative have invested their own funds to develop kosher wine,” said Jürgen Wagner, non-Jewish oenologist and export manager at Celler de Capçanes. “And we treat it with the handcrafted nature of a millennial tradition, designed as it was hundreds of years ago, but with the care and knowledge of today.”

The winery’s decision to make kosher wine – which now accounts for around 5% of its total product – gave it a chance to restructure and modernize. Today, it incorporates technology that allows it to select, separate and vinify small amounts of fruit according to strict ‘Lo Mevushal’ kosher standards, which means it is only handled by Jewish workers and has not been pasteurized.

Celler de Capçanes’ flagship kosher product – the Primavera flower, or spring flower – has helped put it on the international kosher scene. The wine is made from three grape varieties – 35% cabernet sauvignon, 35% garnatxa negra and 30% samsó – and matured for 12 months in new and one-year kosher French oak barrels. The full-bodied red is very dark in color, with notes of black cherry and chocolate and a flowery scent.

“For us, kosher wine has been the key to the evolution of the winery,” said Wagner.

In Tarragona, the estate’s small vines are planted on steep slopes, inaccessible to machines. The wines of the small region benefit from two appellations of origin from its two main wine-growing areas: the Origine Montsant and the Origine Priorat. It has become the heart of Spain’s new wave of kosher winemakers.

There is also the Clos Mesorah wine estate, the idea of ​​Moisés Cohen, agricultural engineer from Casablanca, and Anne Aletá, historian and sommelier from Toulouse, business and life partners. In 1996, the couple bought an old vineyard in Priorat in order to bring it back to life, kosher style.

Unbeknownst to them, they were probably the first Sephardic Jewish family to own wine land in Spain for over 500 years – probably millennia, as Jews were not allowed to own or buy land in medieval Spain. 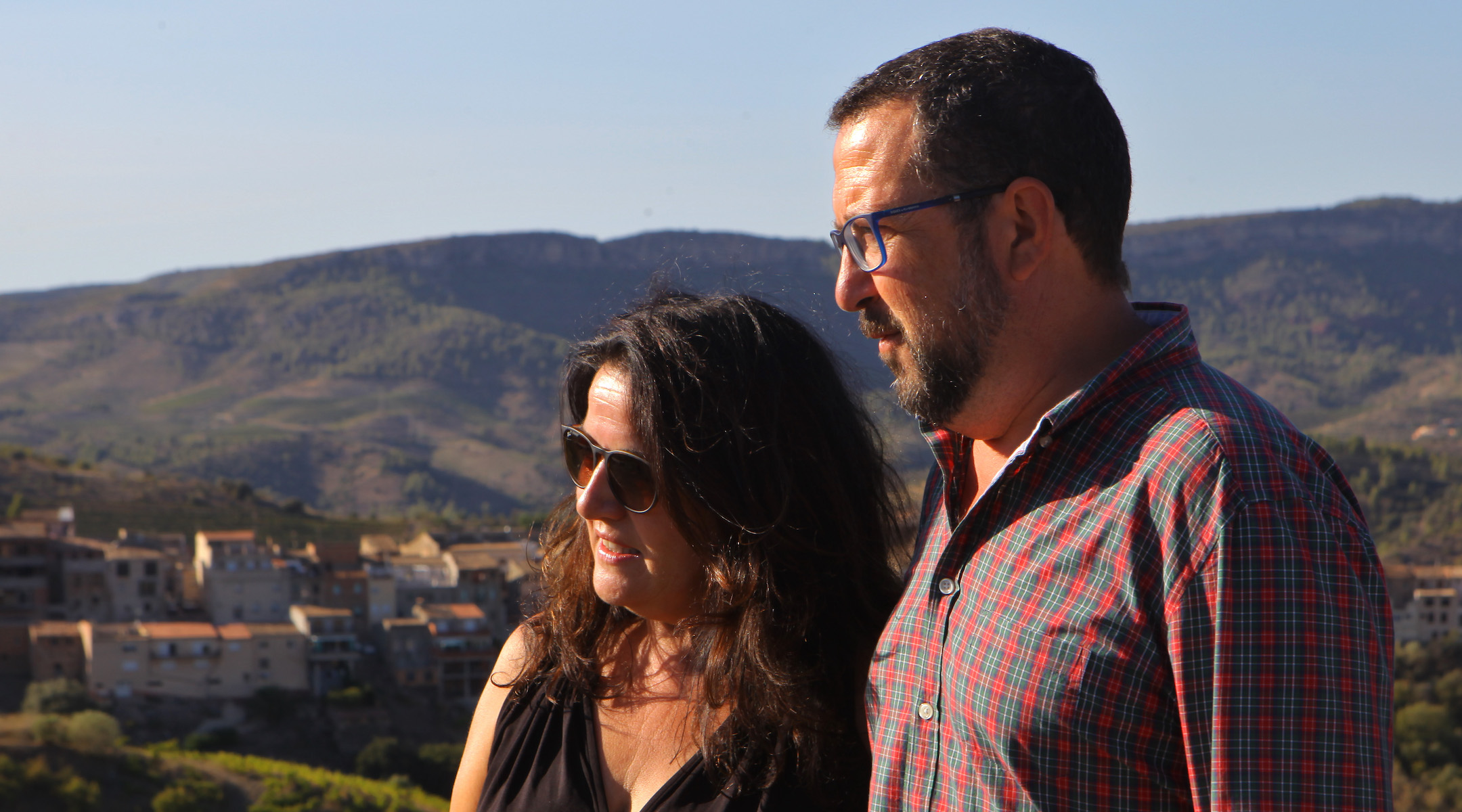 It wasn’t until 2003, when they launched Elvi Wines on the estate, for the entrepreneurial duo to go from wine experts to non-kosher winegrowers. But nowadays, their wines are made in six distinct regions of Spain – La Mancha, Rioja, Alella, Cava, Priorat and Montsant – and can be found in more than 25 countries, including on the menus of several Michelin-starred restaurants.

The family business uses a philosophy of organic and spiritual agriculture.

“We are all deeply immersed in the kosher world. It’s our way of approaching and understanding wine, ”said Aletá, who is now CEO of Elvi Wines. “We are very tradition-driven. For us, we believe in the rhythm of nature and the Jewish calendar. Each month we follow the lunar cycle. We are committed to biodynamics and ecology.

The signature product of Moisés and Anne is Clos Mesorah, a very rich and fruity red wine from Montsant which frequently ranks at the top of international kosher wine rankings. The eye-catching label of the wine features a line from the “Song of Songs” (“Shir Hashirim”) – one of the five meguilots, or scrolls, of the Tanakh – commonly associated with sexuality and marriage rituals in Judaism. The verse on the label changes from year to year.

For all of these kosher growers, the fruit is typically hand picked, without the addition of yeast, filtration, colorings, mechanical handling, or chemical additives. Food additives of animal origin are strictly prohibited in kosher wines, but the use of eggs to clean wine is frequently permitted under the 1 / 60th rule, or Bitul – an exception provided when the prohibited substance is 1/60 or less of the total volume of the food.

The production is overseen by certifiers from the Orthodox Union in the United States, the Kashrut Federation of London or local rabbis of Chabad Lubavitch of Barcelona. One of the most obvious challenges that winemakers face each year is timing: in Spain, the harvest of red grapes begins in early September and often falls each year during the Jewish peak season. If the winemakers don’t plan well in advance, it all translates into a disastrous production season. 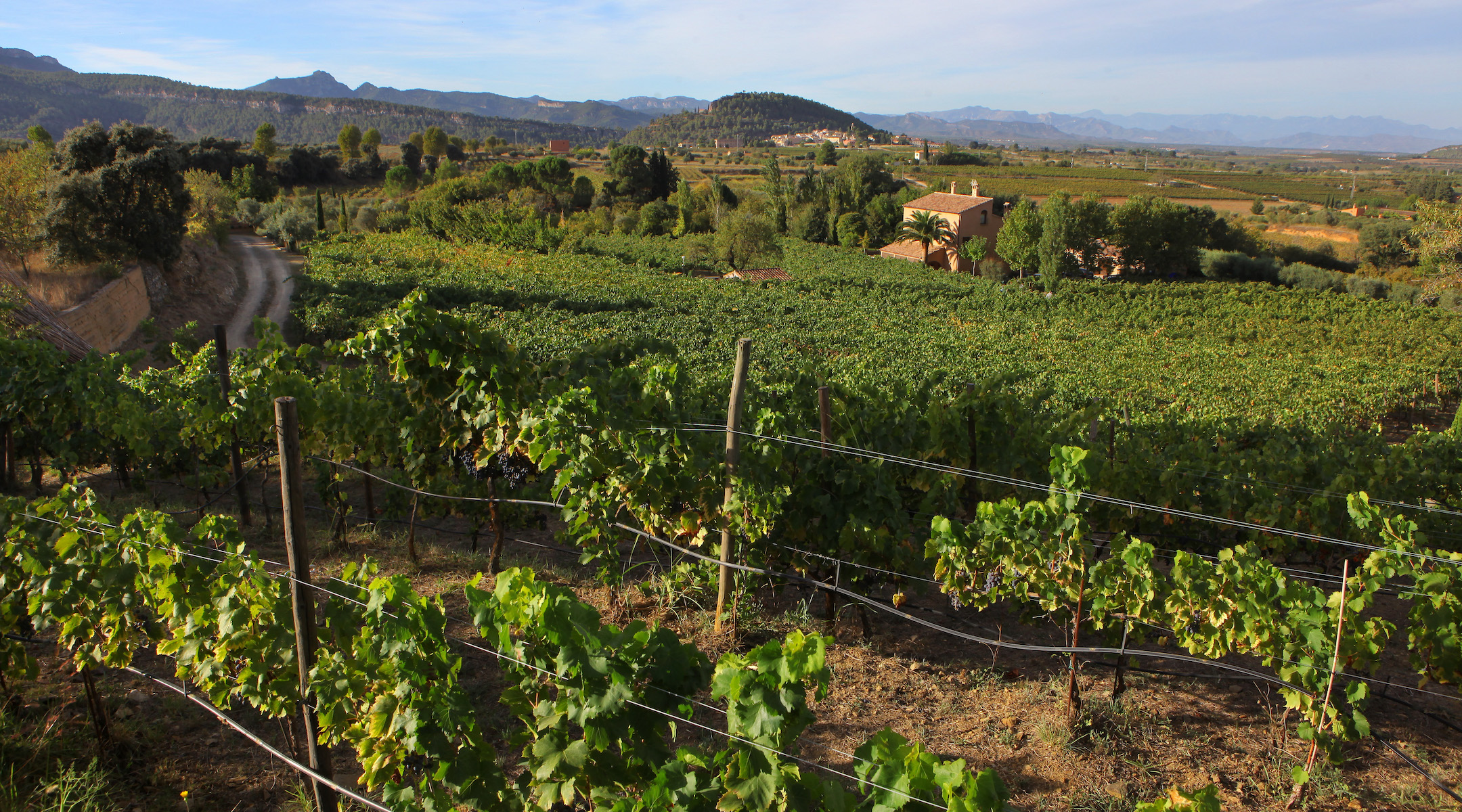 However, not all Sephardic Jews currently producing wine in Spain have returned. Some never left.

The result is a mouth-filling tempranillo – the most popular red variety in Spain – which on the nose is reminiscent of plum and ripe cherry with a hint of earthy tobacco.

“Kosher is purity, a wine without additives, made with natural and controlled processes,” said Fernández de Arcaya. “For us [the Sephardim], wine is an art of living and not a profession. It has always been so. We produce wine from this need, for us Sephardic Jews to have our own product and to be able to provide 100% Orthodox wine. All in accordance with the religious observance of the Torah.

Aletá and Cohen see their work as a continuation of the Jews’ connection to the physical land of Spain.

“We are crossing this land, and the vines will stay there. We are only one element in nature; part of biodiversity, ”Cohen said. “This is our contribution. It is the ‘mesorah’, the Jewish tradition through the generations.

Spain’s most underrated destination for a winter ...